French rental company RégieTeK recently took delivery of 24 boxes of CODA Audio's AiRAY system, marking a significant moment in the establishment of new distributor CODA Audio France. Since its launch in 2015 AiRAY has performed very strongly in the global market, offering as it does an extremely compact and lightweight, yet phenomenally powerful output. 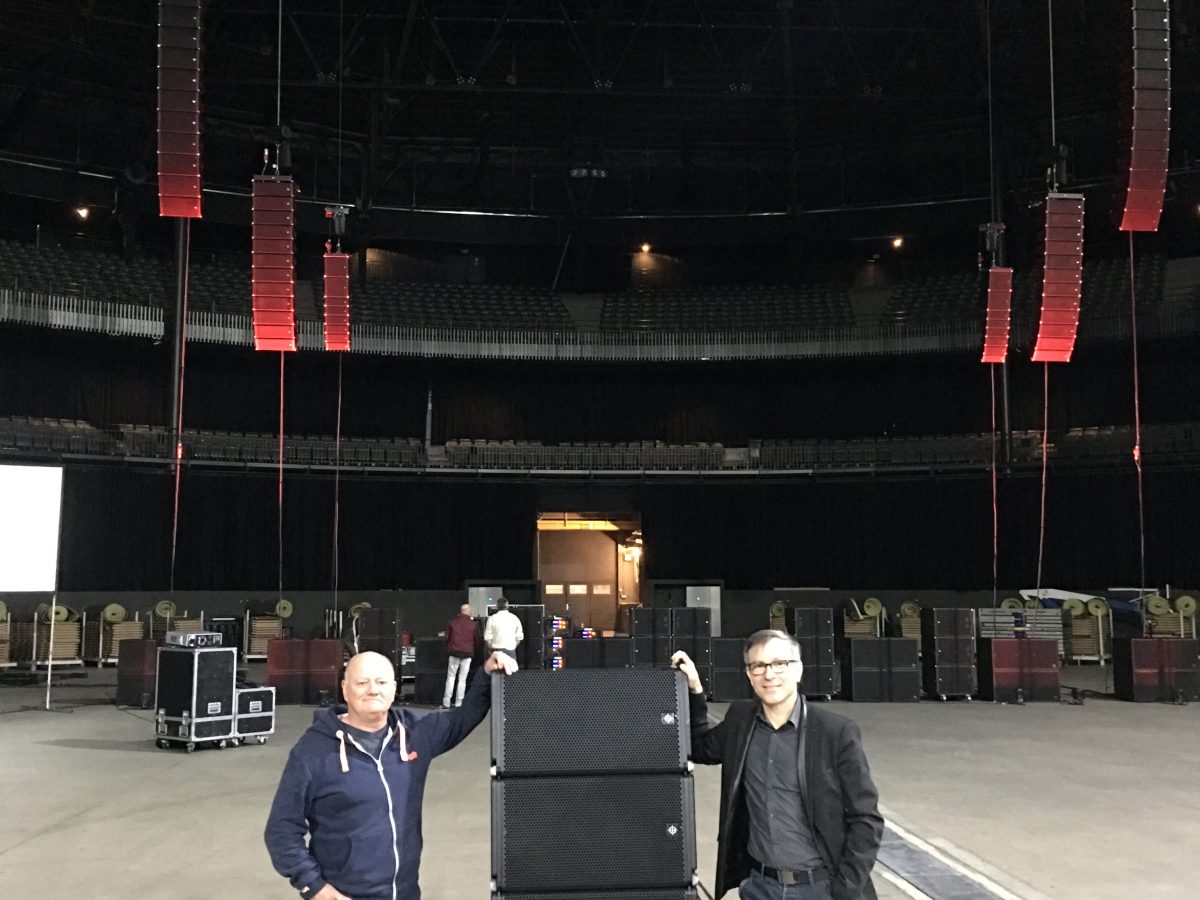 RégieTeK now possesses a full complement of CODA’s line-array products and its purchase of AiRAY underlines the esteem in which this fast-growing German brand is held. It was in fact, RégieTeK who had distributed CODA products in France until it was agreed that the brand required a stronger and more streamlined commercial structure through which to access the French market. RégieTeK’s continued faith in CODA, speaks volumes.

The inception of CODA Audio France came about as a result of a confluence of good timing and favourable circumstance. CODA’s accelerating growth required an experienced audio industry expert to take the helm of its distribution in this important territory. Someone with specialist technical and commercial understanding would be required – someone with a strong industry reputation and an established network of contacts.

Step forward, Philippe Pelmelle. At around the time CODA’s AiRAY was not only beginning to turn heads but also yield some impressive sales figures, Philippe, having many years successful audio-industry experience, was looking to set up his own company. Confident in a set of skills, developed and honed in a variety of important international roles, he was convinced that the time was right. As it transpired, the nature of his new venture was to offer him strong cause for optimism, since for Philippe, this was not entirely a step into the unknown.

CODA Audio has placed its exclusive distribution in France into Philippe’s hands, where he now trades as CODA Audio France. Philippe first came across CODA in 2009 when he had carried out some freelance representative work on their behalf. He had always admired the qualities of the brand and the philosophy of the company and had followed its progress with great interest, maintaining a friendly contact. In the years that have led up to the establishment of CODA Audio France, Philippe has watched CODA Audio grow and evolve into a leading force in the live and installed audio markets. He has no doubt whatsoever that his knowledge of pro-audio (and CODA Audio in particular) means that he is ideally placed to offer the essential structures and expertise to distribute the brand as effectively as possible.

CODA’s sales and marketing director Paul Ward sees the creation of CODA Audio France as an essential step towards a significant expansion into the territory:

“I have known Philippe for a number of years now and was aware that he had always thought very highly of the CODA brand. We renewed acquaintance and he visited us in Hanover to take a look at our operations and discuss business. I have no doubt that he was impressed because this arrangement was concluded quickly and easily. We’re delighted to have such a talented operator representing us on what should prove very fertile ground as a growing market for CODA.”

“The quality and range of CODA’s products are second to none. By offering completely integrated system solutions, every part of which is designed and manufactured in-house, users are not reliant on external elements. In turn this makes training more straightforward and increases all-round reliability. Combining such exceptional products with trust in my own networks, I really feel confident about driving CODA towards the French market.”